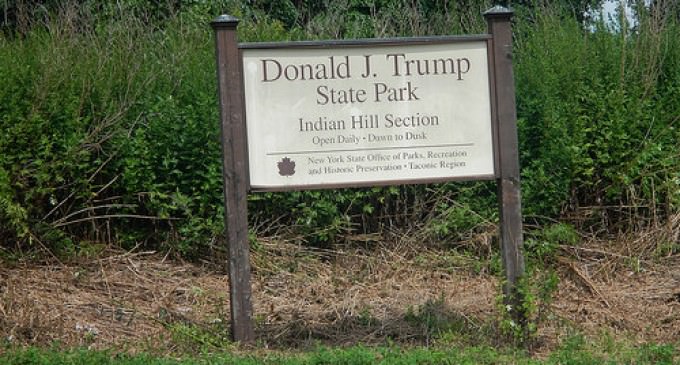 The hysterical backlash against Donald Trump's success in the GOP primaries is reaching new heights.

In an unprecedented, unbelievably petty move, two New York lawmakers have begun proceedings to rename Donald J. Trump State Park. The legislators, Democratic State Senator Denial Squadron and Assemblyman Charles Lavine, argue that Trump's “discriminatory” proposals and rhetoric somehow disqualify him from public service, even for something as benign as donating land for public use.

The land in question was originally acquired by Trump, who sought to make a golf course on it. However, the plan never came through so he decided to donate it to the state in 2006, which closed the park in 2010.