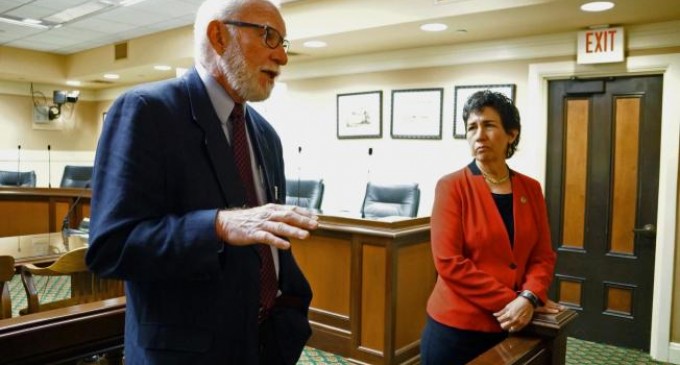 There are lots of glaring differences between Liberals and Conservatives. One is that Conservatives believe in personal responsibility and the power of the individual to manage their life and to make something of themselves without the nanny government stepping in to take away an individual's self-respect as they learn to manage their own life.

Another is that Conservatives believe in a system of rules and standards that maintain a peaceful and structured society. Liberals, on the other hand, believe that individuals are ruled by inner demons and outside influences that they cannot possibly overcome, and so we have cases where murderers are released from prison because they had a difficult childhood and cannot be expected to understand and abide by societal rules such as not killing other individuals, nor should they pay their debt to society because it is just not their fault.

Liberals also claim that any societal aberration is a syndrome or a disease rather than a behavioral disorder, and the result is children being raised in families where there is no accountability for unacceptable behavior, and no expectation that they should conduct themselves in a socially acceptable manner. It is a system that panders to the very worst of human nature, and Liberals even create government programs and facilities to “treat” these behaviors instead of laying down a clear law and making individuals abide by the rules in order to adapt to the larger culture and society. It is a crazy way to run society, but Liberal lawmakers are willing to break the law in order to pander to the out-of-control law breakers.

In this latest case, it is a Democrat lawmaker suggesting that we provide drug addicts with easier access to their drug of choice in a comfortable, legal and non-judgemental setting. How does this even make sense?