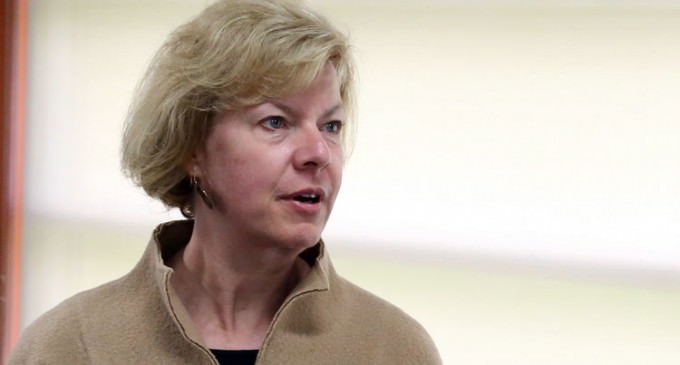 Senator Tammy Baldwin (D-Wisconsin) discussed the new ruling granting same-sex marriage in the U.S. on MSNBC's “Up w/ Steve Kornacki.” She explained that, in her opinion, business owners should not be able to refuse to serve homosexuals on grounds of religious beliefs. Baldwin had a confusing logic to support her notion, though. After all, shouldn't a business owner's right to freedom of religion, enshrined in the First Amendment to the Constitution protect him from being forced to act counter to his faith?

Senator Baldwin had to do some crazy progressive gymnastics to bend her logic to fit, but she came up with an answer: