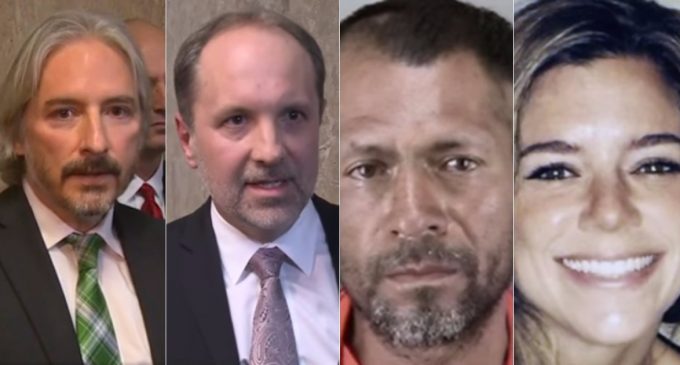 Sanctuary City policies created an environment where a 5 time deported illegal alien with seven prior felony convictions could walk the streets. But, according to the liberal stationary state enabling lawyers, the policies of President Trump and his administration are what everyone should actually be focusing on in connection with the murder of Katie Steinle.

Which is surprising considering back when it happened Barack H. Obama was actually President.

By July 2015 it was too late, to save the life of 32-year-old California native Kate Steinle as she walked along the pier with her father.

Zarate “accidentally” shot her in broad daylight with a gun he claimed to have just “found”. And according to Zarate’s scumbag excuse of a leftist Californian lawyer who successfully allowed him to walk away scot-free from the murder trials, it is President Trump who should be ashamed of himself.