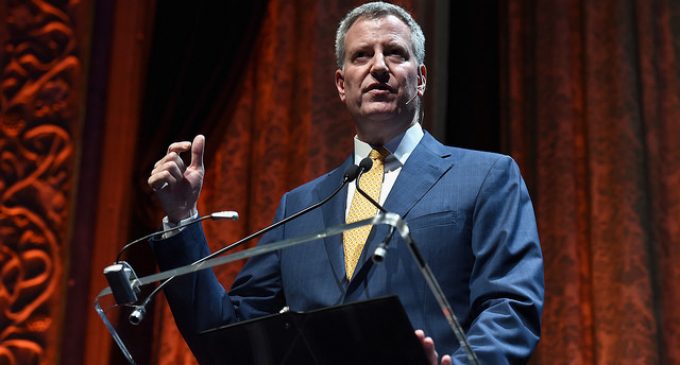 Joining in the liberal hysteria over President Donald Trump’s decision to withdraw the United States from the Paris climate agreement, New York Mayor Bill De Blasio signed an executive order Friday evening reaffirming the city’s commitment to the Paris accord.

The symbolic gesture, which has no real impact on carbon dioxide emissions, at least made the mayor and his acolytes feel good while doing the equivalent of urinating up a rope.

Throwing all rationality to the wind, Trump critics prove unable to refute the president’s persuasive arguments regarding the detrimental impact the agreement would have on the American economy and the unfair financial burden placed upon American taxpayers.

Learn the actual instructions contained in the De Blasio order and how arbitrary and unrealistic they are on the next page.