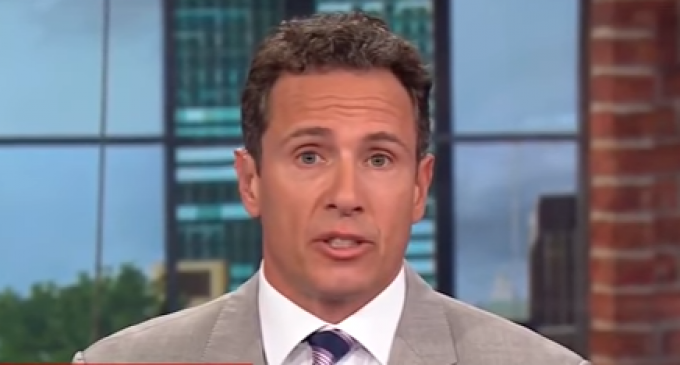 Chris Cuomo is a Liberal hack.  Let’s be honest.  He exists on CNN not because he has brilliant opinions or even popular opinions, for that matter.  Just about 100% of his statements end up being a polarized view of opinions that are in diametric opposition to those of the American majority.

It’s a very strange thing to watch a Leftist on their networks of choice (and those would be any of the news networks or NPR, CSPAN, etc., that are not Fox News) who spew Socialist, Communist, Liberal, Fascist, racist garbage on an hourly basis, and then have the audacity to point at the camera and angrily rant about how they cannot tolerate the hatred of the “alt-Right, KKK, Nazis, Neo-Nazis, and White Supremacists” in this country.  And I’m pretty sure it’s a safe bet that 99% of them don’t even have a clue what a Neo-Nazi really is.  Oh, they’ll throw it out there.  But they really don’t know what it means.

But getting back to the racist Chris Cuomo and the racist networks of the alt-Left (also known as the Fake News Industrial Complex (FNIC)), it’s strange to note how little substance they actually cover and how much of what they do cover is usually a restating of what the Party of the Jackass commands them to state on the air.

Chris Cuomo made a truly ignorant and (something he fully knew to be) false statement on the air, yet he said it because he wants ratings.

Read on the next page about the strange bedfellows that have evolved in the Brave New World of the FNIC…one that demands of them to toe the Liberal line in everything they broadcast, but also that which continues to erode their means of making money!