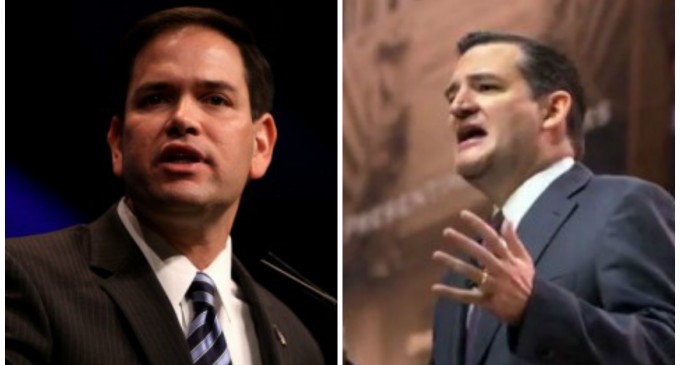 “Dishonest,” “liar,” “untrustworthy,” All of these words describe one politician.

The answer, of course, is Hillary Clinton.

Still, at least one GOP candidate has been giving her a run for her money, and that is Ted Cruz.

Ted has been in the news quite a bit lately for falsehoods spread by his campaign. Some may have been an accident, like his assertion that Ben Carson had dropped out during voting in Iowa, and some are outright fabricated, like the image of Marco Rubio shaking Barack Obama's hand that his campaign recently released.

Whether or not these are done with malicious intent is up for discussion, but the media response to them seems to be set in stone, and its not good. Already plagued with a somewhat slimy reputation, Ted Cruz needs to get away from these stories, but today he had to apologize — yet again — for something untrue that he said about Marco Rubio.

He claimed Marco said that the Bible contains little answers, when in fact he has said the exact opposite.

So is Ted as untrustworthy as some claim he is, or are these just a series of serious misunderstandings?

See what he HD to say about the instance on the next page and decide for yourself: