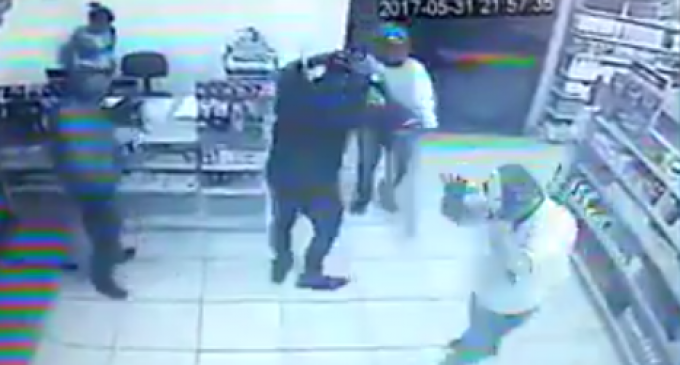 It's typical to think of persons choosing to arm themselves for their own personal protection, but others around them benefit as well. In fact, just the knowledge that there are likely citizens present who are carrying concealed firearms can deter potential criminals.

Not all countries ensure their citizens the right to keep and bear arms such as we enjoy in the United States. In fact, that right is abridged in much of the US, especially in cities governed by liberals who display their typical anti-gun attitude by preventing their citizens from protecting themselves.

Yet the value of the armed citizen can be demonstrated time and again as an effective deterrent to crime. If you think you're liable to get shot committing a crime somewhere, you're likely going to go elsewhere to commit robbery, rape, or whatever else is in your plans. And for those who persist in their plans to commit a crime, the presence of armed citizens make it likely that those plans will fail.

An attempted robber in Brazil learned this fact the hard way, and his experience is instructive for the rest of us — especially those who oppose arming citizens with guns.