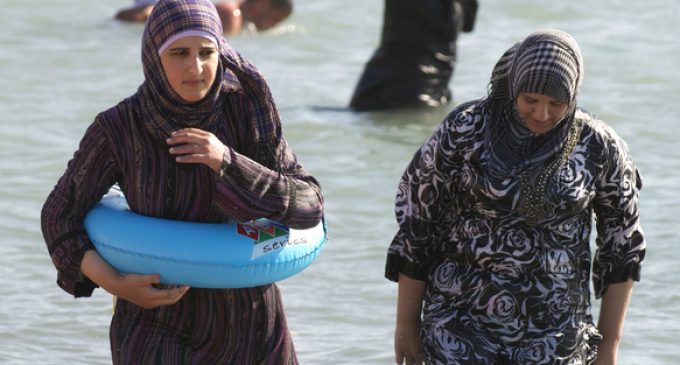 From Switzerland to France, local governments are enforcing burqa bans, as cultural integration with the Muslim population into Western culture has created a stark divide. In Nice, for example, burkinis were banned just last week, because clothing which “overtly manifests adherence to a religion at a time when France and places of worship are the target of terrorist attacks” is prohibited.

In a move that’s building outrage in the international community, the town of Ticino in Switzerland approved a referendum to ban burqas. The approval comes after the Swiss parliament decided the ban would not “violate the country’s federal law”.

It would seem that as most of the world continues to protect and encourage a religion of extremists, some are taking steps to protect themselves. If caught wearing a burqa, women could be fined up to £6,500 which is roughly $9,828.84 in American dollars.

While this law doesn’t ban face masks, it prevents the wearing of clothing that covers the entire body from head to foot. Giorgio Ghiringhelli, who wrote the proposal claims that it is in no way meant to create religious prejudice, but instead aims to prevent the creation of a parallel society based on religious law. Ticino attempted to ban burqas back in 2013, but the law never went through because tourism industries feared its repercussions.

Meanwhile in France, the burkini ban in Villeneuve-Loubet,  was suspended by the highest administrative court stating that it, “seriously, and clearly illegally, breached the fundamental freedoms to come and go, the freedom of beliefs and individual freedom,”.