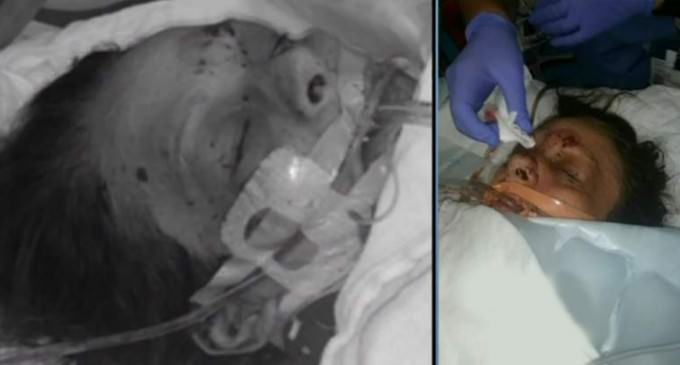 This time, it's a frail, elderly woman who was victim to the violence of law enforcement.