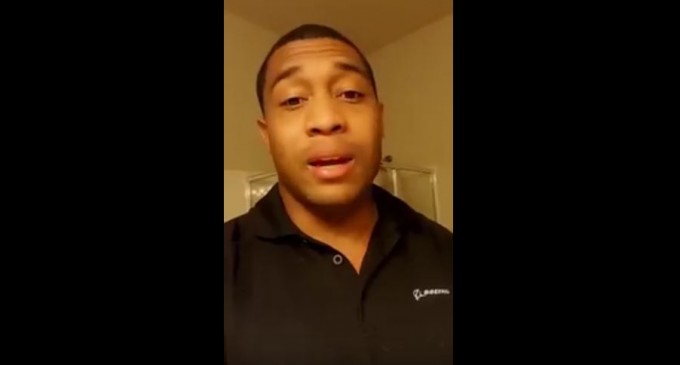 When Brandon Tatum, a police officer in the Tucson Police Department, attended a Donald Trump rally in Tuscon Arizona.

He reveals his opinion of what he saw in a video that has since gone viral.

With the media telling us “violence” was the order of the day at Trump rallies, one has to wonder how long it will take for the media to report on the ultra-violent and vulgar democrat protesters showing up at these rallies now.

Of course, that would mean some the journalists would actually have to stop joining the protesters and write about it, but hopefully they can come around.

With the establishment GOP getting ready to steal the nomination from both Trump and Cruz, the electorate is in no mood to put up with tricks and “rule changes.” Cleveland may get wild with the quickness if the GOP is stupid enough to think their voters are as obedient as democrats.

It may be time for the establishment to face that the sun has set on their milquetoast empire. The rise of walls and balls is before us.

Please see the next page's video of Brandon Tatum telling what he saw at the Tuscon Trump rally.