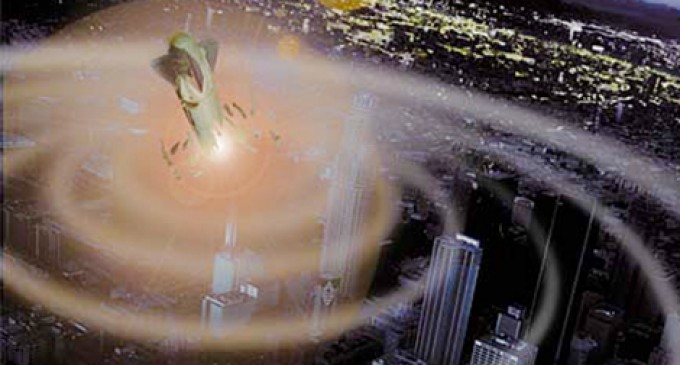 The world knows just how devastating a nuclear bomb would be, no matter where it is deployed. We've seen the aftermath of war and many of us have felt the pain from the loss left in it's wake. As it turns out, there's more damage to be had by a nuclear bomb exploding thousands of miles above us. Though there would be limited physical damage or immediate deaths, the loss of America's power supply would cause mass confusion and chaos.

Wiping out our countries communication grid by generating a massive EMP explosion would prevent emergency response, while all communication and transportation would come to a screeching halt. It's not that society is incapable of surviving without power but, let's face it, we have grown dependent upon it.

An electromagnetic pulse is a short burst of energy that has the ability to completely fry any and all electronics and can be brought about by a exploding a nuclear device at high altitude (North Korea is capable of doing this right now) or even just by a solar flare.

A cyber attack or simple physical assault could also take down our highly vulnerable grid. Such an event would send us all back to the stone age as every single electronic device, including the power grid, would be completely destroyed.

Experts have estimated 90% of the American populace would not survive such an attack.

Find out just how bad it could be on the next page.