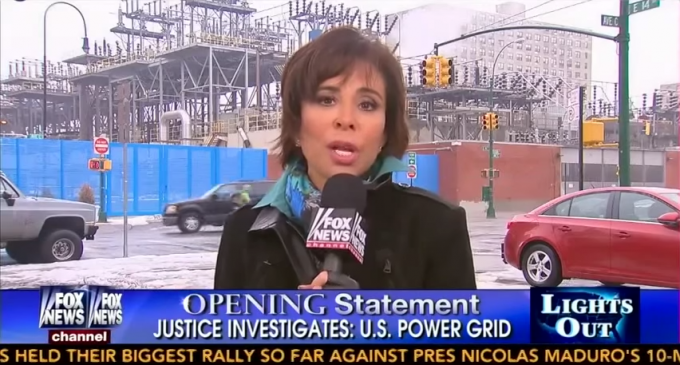 How could you deal with a highly armed American populace all at once if you wanted to take down the country? Why isn't Barack Obama impeached or arrested yet? How could you get rid of 90% of the American population without ever setting foot on our soil?

All those questions could very well have the same answer: an EMP attack.

An Electromagnetic Pulse is a short burst of energy that has the ability to completely fry any and all electronics and can be brought about by a exploding a nuclear device at high altitude (North Korea is capable of doing this right now) or even just by a solar flare.  A cyber attack or simple physical assault could also take down our highly vulnerable grid.

Such an event would send us all back to the stone age as every single electronic device, including the power grid, would be completely destroyed.

Watch Judge Jeanine Pirro as she conducts and in-depth investigation into the vulnerability of our power grid and what would happen if we did lose it and all electronics in the country.