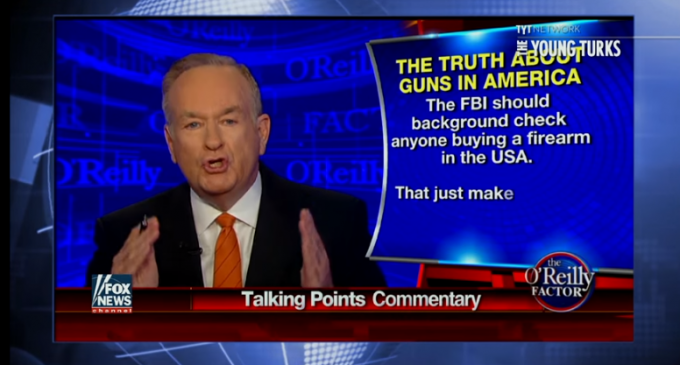 Shocking absolutely nobody, the “conservatives” at Fox News said something that ticked off actual conservatives.

Fox News host Bill O'Reilly claims to “look out for the little guy” and portrays himself as a staunch critic of the Obama administration, but this week, he was singing a different tune. A very ugly tune at that.

Although most right-thinking people are mortified by the president's underhanded use of executive orders to expand background checks, O'Reilly thinks they're not only praiseworthy but necessary. “The FBI should background check anyone buying a firearm in America. That just makes sense,” he said.

Except it doesn't, Bill, because as conservatives have explained time after time, criminals will find other ways to get guns if they really want them. All these expanded background checks will do is force even more crooks to buy their guns off the books, as many already do.