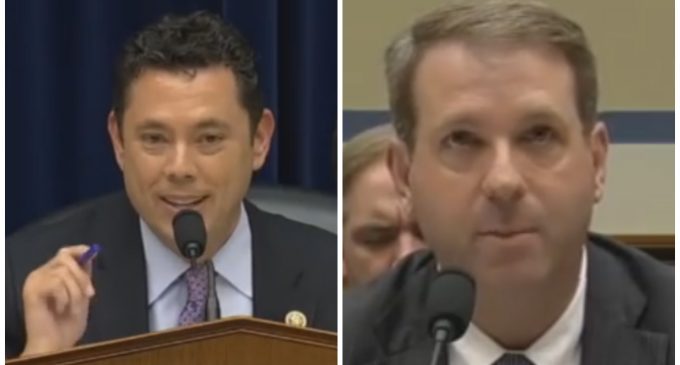 In a rare instance of Congressional courage, a member of the House of Representatives called the FBI's bluff about not being able to provide legislators with their full report into Hillary Clinton's email practices.

Speaking before the House Oversight Committee, Representative Jason Chaffetz (R-Utah) attempted to grill the bureau's acting legislative affairs head, Jason Herring, about the affair. This was no easy task as Herring outright refused to share information from the FBI's official investigation to Congress, presumably because the Clinton campaign and its allies in the administration have leaned on them to not provide any incriminating information to lawmakers.

Realizing that he wasn't getting anywhere, Chaffetz pulled a brilliant maneuver. After asking Herring what information the FBI was concealing from him, the congressman slammed Herring with a subpoena for the information in question, telling the stunned bureau spokesman “You are being served.”

Watch Rep. Chaffetz serve the FBI on the next page: