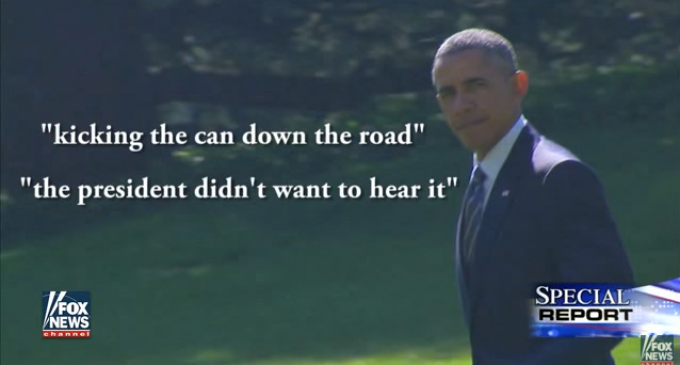 The Obama administration’s fiddling with intelligence regarding ISIS is finally catching up with it, and not a moment too soon.

Marking the most serious move in the whole sordid affair, Congressional leaders from three separate House panels have announced the formation of a special task force that will investigate allegations that the White House’s placed pressure on intelligence agents to manipulate information about ISIS in such a way that it seemed the group was on the verge of defeat or otherwise weakened.

On the face of it, such a rosy assessment of the situation by the Obama administration was laughable: not only is ISIS still running rampant in Iraq and Syria after a year-long bombing campaign, but it has managed to carry terror attacks in the West. Most notably, radicals linked to the group attacked Paris and San Bernardino just last month.

Turn to the next page for more about this explosive story: