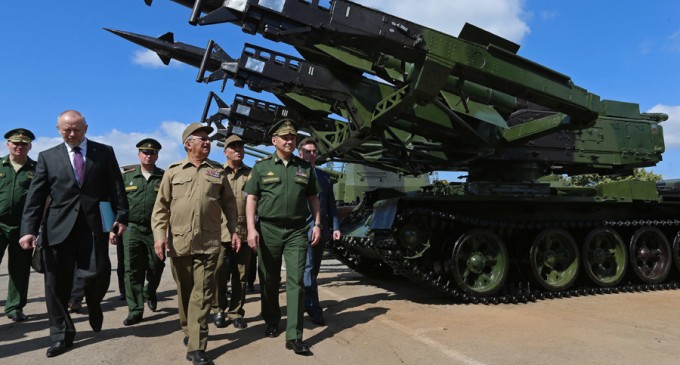 It is October of 1962 and the United States and the Soviet Union are in the midst of an intense thirteen-day standoff.

The stakes could not be any higher.  One wrong move by either side could mean all-out nuclear war.  Just 90 miles off the coast of Florida, the Soviets have stockpiled nuclear missiles on the communist island nation of Cuba.  To prevent the shipment of any more military equipment to the Caribbean island, the United States institutes what President Kennedy refers to as a “quarantine” — a blockade — of the entire island.

The citizens of the United States breathe a collective sigh of relief when Kennedy and Russian President Nikita Khrushchev reach an agreement that the USSR will remove all missiles from Cuba in exchange for a U.S. promise not to invade the island.

Fast-forward over 50 years, and it appears that the United States and Russia are on the brink of another cold war — with Cuba in the center of the mess, yet again.  To read about how communist elements within the Russian regime are urging Vladimir Putin to once again stockpile weapons on the island of Cuba, continue reading on the next page: