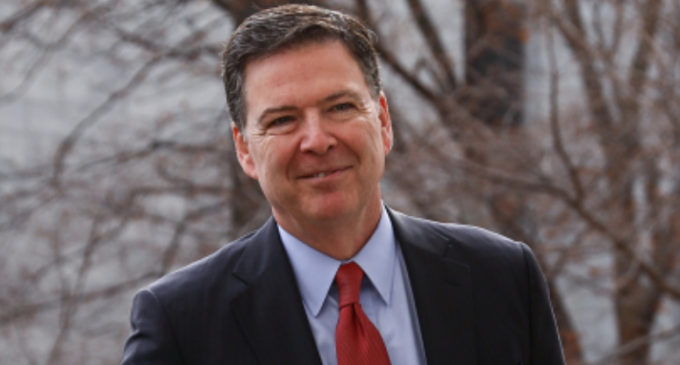 You might believe that the very people who absolutely hated former FBI Director James Comey during the summer and fall of 2016 would still be seething about the fact that he's still professing his innocence.

The Left went insane when Comey had announced in the 11th Hour that the FBI was reopening the investigation into Hillary's email scandal. Fast forward to today, after it has been revealed through countless investigations that he and other high-ranking Deep State officials in the FBI, CIA, NSA, DOJ and State Department were behind perhaps the most disgraceful and corrupt failed-coup attempt of the presidency in the history of this country, and you'll find that the Democrats are actually treating Comey as a celebrated genuine rock star! The Inspector General's report was issued to the DOJ back on August 1st and suggested criminal charges be brought against Comey, but Attorney General William Barr's DOJ passed on that action. Today, the report has been publicly released and the information contained therein is staggering.

What was Comey's response?  A quick Tweet demanding an apology from the very people who suspected him of being the maestro behind the entire Russia-Collusion hoax!

Turn to the following page to read his outrageous comments!