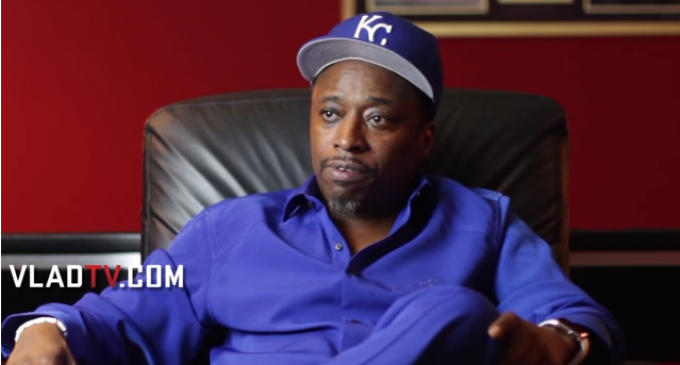 If you've been paying attention to the Bill Cosby allegations, he was formally charged last week for allegedly drugging and sexually assaulting a woman at his Philadelphia home in 2004. The 78-year-old comedian appeared in a Pennsylvania court on Wednesday to hear the accusations and was later released on $1 million bail. Fellow African American comedian, Eddie Griffin had plenty to say on the matter.

Claiming that there's a larger conspiracy at play to destroy the reputations and careers of black male entertainers (a very specific category), the Undercover Brother and Malcolm & Eddie star said that “They want us all to have an asterisk by our name.” While most of what he said was nothing more than unfiltered ranting, he did bring up a good point. A lot of the accusations against Bill Cosby are from things that happened in '70s. There's also the fact that all of the women accusing Cosby said similar things. This doesn't mean that the man is innocent. However, a lot of the details don't add up.

Read more of Griffin's comments on the next page.