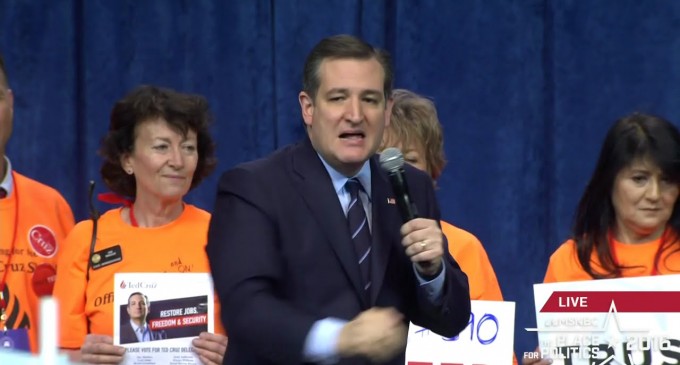 Allegations of malfeasance have run rampant in both the Republican and Democratic primaries this election season.

For starters, the entire processes by which the two parties select their nominees for the general election has come under fire.

The Republican primary — the supposedly fair contest — has been accused of being just as crooked as the Democratic side.  States such as North Dakota, Colorado, and Wyoming do not have direct votes but have elected delegates who vote for candidates.  On top of this, the decision is likely to go down to a contested convention at this point.

And it's not just the process that is corrupt.  Accusations of voter fraud have plagued both primaries.  Bernie Sanders and his supporters claim fraud primarily in Arizona and New York.  Ground zero for fraud on the GOP side is Colorado where delegates handed Ted Cruz a unanimous victory.

Now, GOP election officials in the Centennial States are saying a do-over could be in order.  To read what officials in Colorado had to say about a potential re-vote, continue reading on the next page: