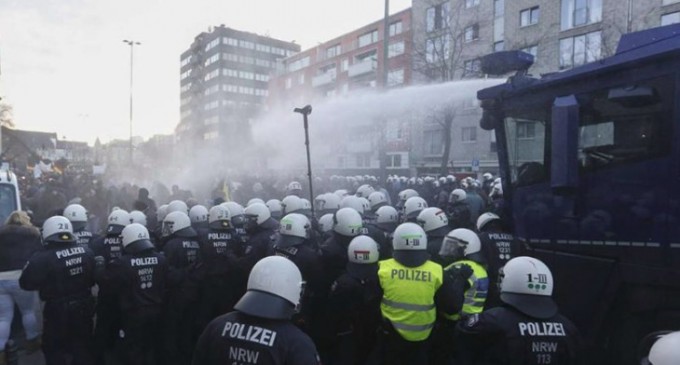 Water cannons were used on protesters on Cologne, Germany, as they marched against the rape festival that occurred on New Year's Eve.  The 1,700 people, representing the Germany nationalist group Pegida, which stands for Patriotic Europeans Against the Islamisation of the West held a rally in Cologne over the weekend.

Water cannons were no where to be found, nor were the militarized police the night several gang rapes occurred at the hands of marauding Muslim refugees on New Year's Eve.  Instead, those who were victimized were told by the mayor to not be alone where they could get raped.

The victims are the perps in this case.  The protesters are the criminals.  The rapists, seeking asylum, are the victims.

Topsy-turvy is the politically correct world in Germany, where protesters of rape get shot with water cannons and rapists gets away with… well rape.

Read more about the rally on the following page.