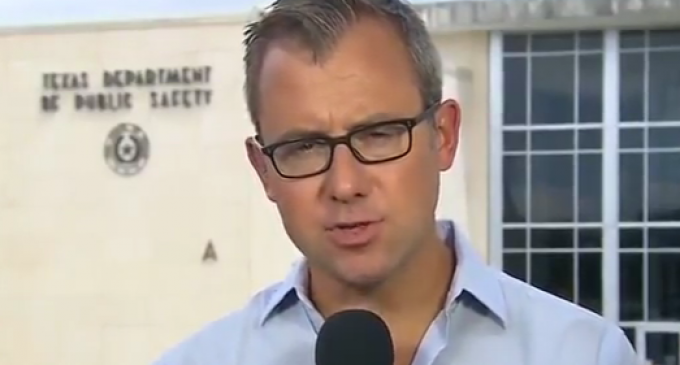 Even in a time of a true national tragedy, the mainstream media can’t control their serious illness: Trump Derangement Syndrome (TDS). TDS was on full display yesterday when President Donald Trump and First Lady Melania Trump traveled to Texas to learn more first hand about the extent of damage caused by Hurricane Harvey and how rescue and recovery efforts were going.

The TDS kicked into gear just at the Trumps were leaving the White House to head to Andrews Air Force Base to board Air Force One. Melania Trump appeared in a pair of stiletto heels that sent the media into total meltdown.

When the Trumps arrived in Texas, she left the plane in a new casual outfit wearing a pair of sneakers. In both instances, going and arriving, she looked absolutely dazzling.

On their way from the airport in Corpus Christi to a fire station to meet with Texas Governor Greg Abbott and emergency responders, the Trumps were cheered heartily by sizeable crowds lining the roadway.

On the next page, learn the slam against the president from his nemesis network, CNN, and how others joined in to push the same talking points.