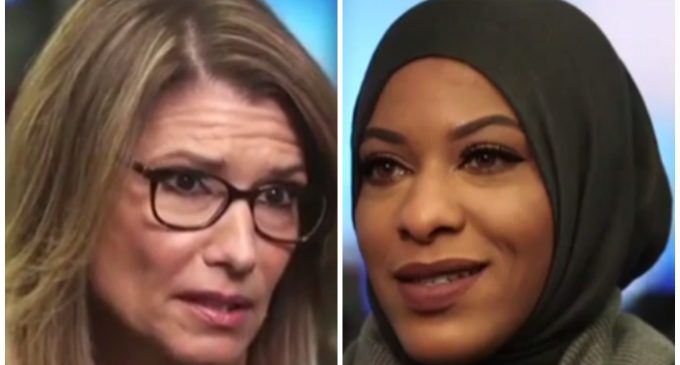 Stop the press! Americas's first Hijab wearing Olympian doesn't like Donald Trump? Not only is CNN good at fueling the misled emotions of millennial snowflakes, but they're also good at conducting interviews full of rhetorical and stupid questions with obvious answers. For example, when CNN Newsroom's host Carol Costello brought Muslim-American Olympic fencer Ibtihaj (no I didn't fall asleep on the keyboard) Muhammad out and asked her how she feels about Donald Trump, she in a lot more words, said she didn't like him and then proceeded to explain why.

Before you read on or say that the problem is Islamaphobia or something whiney, remember that even before the elections, before the Olympics, she spoke about how she didn't like Islam. She said she'd been the victim of “racist incidents” but didn't specify what they were. Chances are, even if Trump didn't get elected and some other Conservative did, much like all of the young liberals out there, she would still hate them and America.

Find out what she said on CNN on the next page.