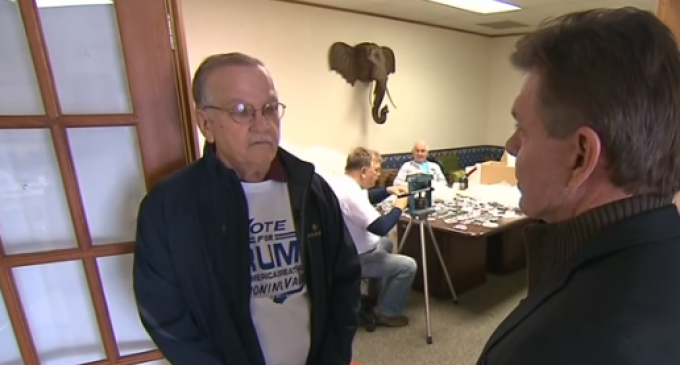 For decades, American conservatives ave been told to vote for one milquetoast, moderate republican after the next. They have been told that social issues, like immigration, are not winning issues.

America delivered historic wins to republicans in 2010 and 2014 and the response was to give President Obama everything he wanted.

Now they wail about the lowly rubes who put them in office won't obey their calls for anyone but Trump.

They offered up Jeb Bush but America didn't want another prince-ling in the White House.

They offered Marco Rubio but amnesty was his downfall. America wants the wall.

They offered John Kasich, a man who is funded by Ron Burkle.

They never offered Ted Cruz, though they played at it. They hated him more than Trump and the voters knew it.

Now, the democrat party is facing the Trump juggernaut and they don't like what they are seeing.

See the next page for Tump's crossover appeal in coal country.