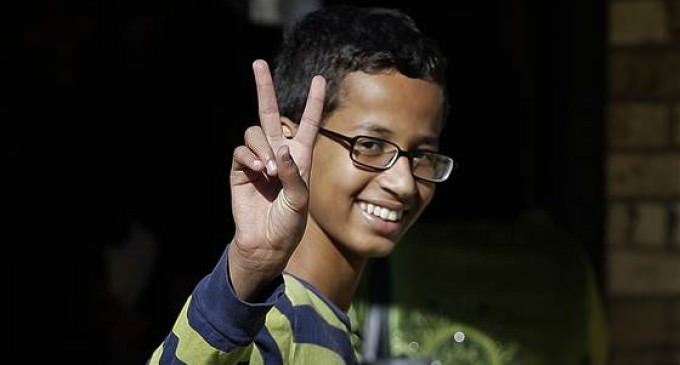 Last September, High School student Ahmed Mohamed was arrested for bringing what appeared to be a bomb into his high school in Irving, Texas. The supposed bomb ended up being a disassembled clock, reassembled into a pencil case with exposed wires and circuitry. He was released later that day with no further incident.

The mainstream media, however, immediately took up Ahmed's case. They called his arrest islamophobic and racist. He was flown around the country and hailed as a hero by none other than Barack Obama himself. He was then given a scholarship to a middle-east school, which his family promptly took, and left the country altogether.

It seems the whirlwind tour, presidential praise, and media canonization wasn't enough, as his family is back in the U.S. asking for more. $15 million more, to be exact.

The damages are due to “defamation” of Ahmed's character, but its hard to see where such defamation occurred. It seemed as if he was hailed as nothing but the second coming after the incident, while the police were smeared for responding to a report.

You hear the cries of ‘See something, say something,' all the time, but it seems that shouldn't be the case if the center of one's suspicion is Islamic. If so, you're a racist, and they're entitled to 15 million bucks.

See his lawyer's case on the next page: