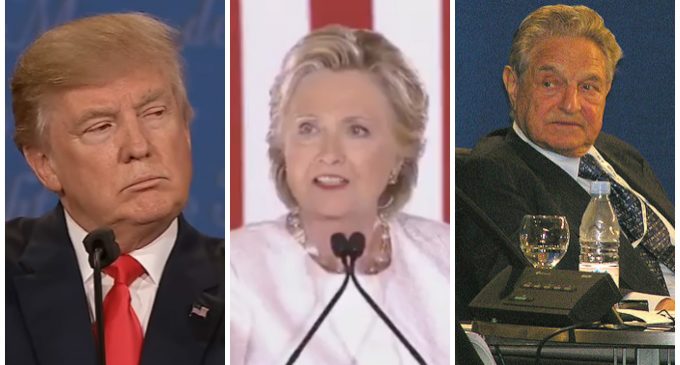 Nobody should have expected the Clintons to retire to wherever and enjoy the rest of their years as private citizens.  These are people who are driven to positions of power.  The loss of the presidency was obviously the most devastating loss the Clintons have ever experienced, having effectively ended their years in public office.  Another happy result of that election is that Mr. Soros just threw untold millions of his own money and of the groups he sponsored down the drain of a failed campaign.  He couldn't elect Hillary and he couldn't even flip the Senate.

These people were defeated, but they have not been banished from public life.  Not by a long-shot.  Without taking even a week to lick their wounds and re-group, they are back on the attack.  One example is the Soros-funded protests against Trump's victory.  But another project they have initiatied is even more ominous.