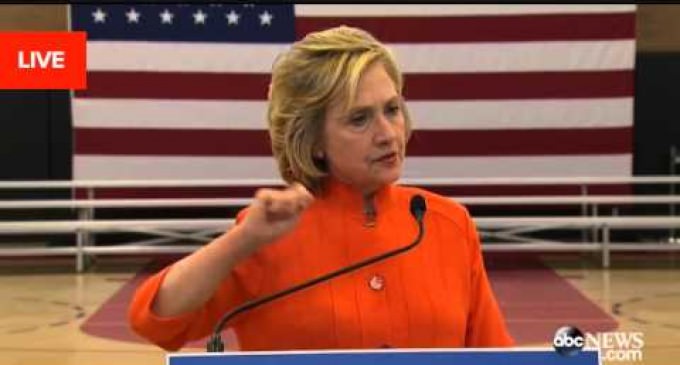 Hillary Clinton is a seasoned Politician–one can argue she is as adept at “the game” as most, she and Bill invented the way out of a scandal 101.  So, why does it seem she is so off her game?  What is it about this email server-gate scandal that has her off guard– playing catch up with the questions and media?  The answer to that is unknown.

Ed Henry, the FOX correspondence assigned to the Hillary campaign volleyed a stream of questions at Hillary over the “wiping of the server”.  What you will notice –besides that Hillary is visually uncomfortable, is her absence of the word NO.  No, as in she knows nothing about the wiping of the computer, NO as in she did not DO IT.  Instead, she avoids saying NO, meaning she can't deny not knowing something about it.  This is huge—its an omission, specifically if she goes to court or something comes out evidence wise that she did know.  So we have a positive confirmation that she knows, knows something very serious has occurred and she could be before a court of law having to testify.  But why isn't she “in front” of this game with the reporters?  Its puzzling.