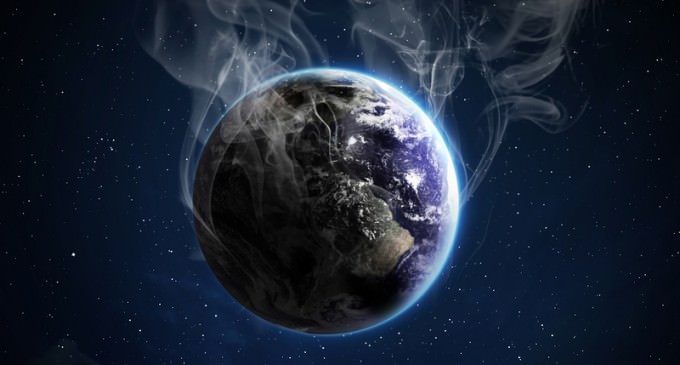 Scientists are again using the facade of global warming as an excuse to test unproven experiments on our Earth's environment.

Whereas scientists used to blame carbon dioxide for all our climate “woes,” they've now decided that methane gas is apparently the culprit.

You know, that whole ‘carbon dioxide being good for the plants who then produce oxygen for us' thing seems to have gotten in the way of the perpetration of their fraud. Africa hasn't been greener in recent memory.

The latest proposal claims that to reduce the amount of methane gas in our air by blasting our atmosphere with microwave radiation designed to break down methane particles.

It should come as no surprise that experiments like this have failed before. Natural News reported on a previous experiment that intended to curb the amount of carbon dioxide actually had an unintended effect: a rise in methane gas production. That's right, they contributed to the very gas they are now intending to destroy.

But they claim that methane has been rising for a couple of centuries and that we must zap our world with microwaves to remedy climate change.

To see their plans to further meddle with our Earth's climate in the name of “global warming,” continue reading on the next page.