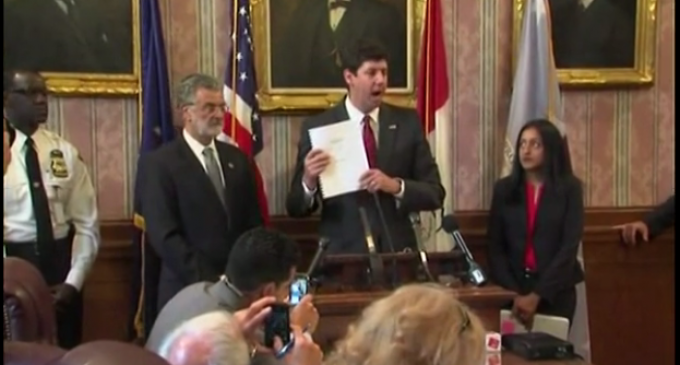 Following a an 18-month investigation by the Justice Department, who issued a scathing report accusing Cleveland police of a large pattern of excessive force and other abuses by police, the city of Cleveland and the DOJ have announced that a ‘settlement' has been reached.

This ‘agreement' is admittedly a framework for the nationalization of all local law enforcement….