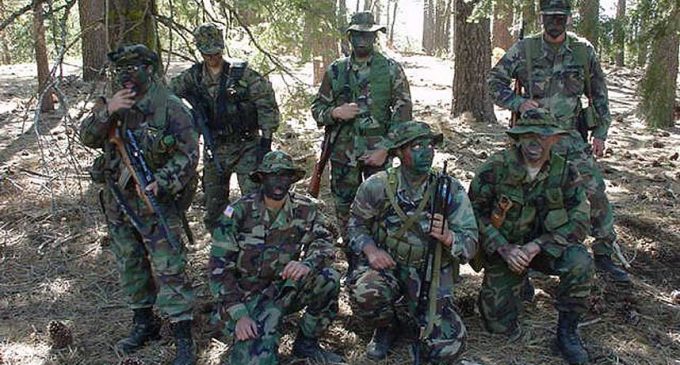 There are a lot of people who believe we are on the cusp of a second civil war in this country.  Some in the media do as well.  It's important to remember that perception is sometimes as powerful of reality.

The Left itself would not survive without perception.  Without perception, reality would kick the Left's ass.  But we're not living in a perfect world, are we?  We are stuck with it. We are bound to it.

Now the Right has to learn how to use perception to its advantage.  Our “dear old wise” Republican leaders have been duped in the past by the wiles of the Jackass Party.  The Left is crafty, they're deceitful, they're slick, and they're willing to do just about anything…and I do mean ANYTHING…for the cause.

Just a list of the Leftist terror groups in the United States is a veritable cornucopia of extremism capable of just about any crime you could imagine.  Do you want a cattle farmer put out of business?  Call PETA!  Need an oil rig blown up?  Call ELF!  Need a fast food chain to institute a Halal menu (no pork), call CAIR!  How about a fake brawl to blame the Right?  Call Bob Creamer!  Need a riot?  Call Berkeley College!  Want a cop shot?  Call BLM!  Need a historical monument pulled down?  Call HOGS (Hillary, Obama & George Soros) Funding Corporation!

What would a Civil War look like in modern America?  Turn to the next page to find out the terrible, unpredictable and unintended consequences!