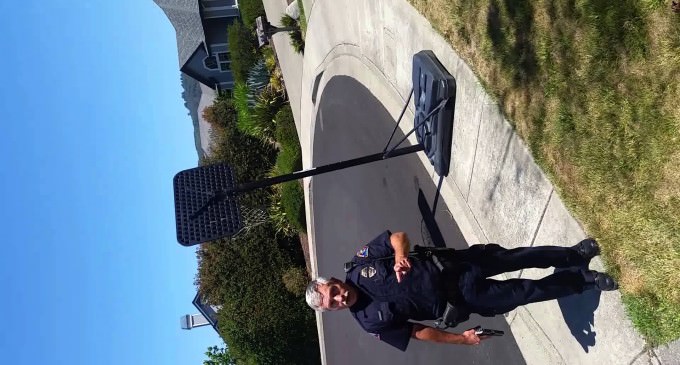 When does filming one's neighbor require a police officer to draw his sidearm? Don McComas,  a Rohnert Park resident, was outside his home, hooking his boat up to his SUV, when he noticed a police officer observing is house.  McComas began filming when it appeared that his license plate was being called in.  What happened next makes utterly no sense.