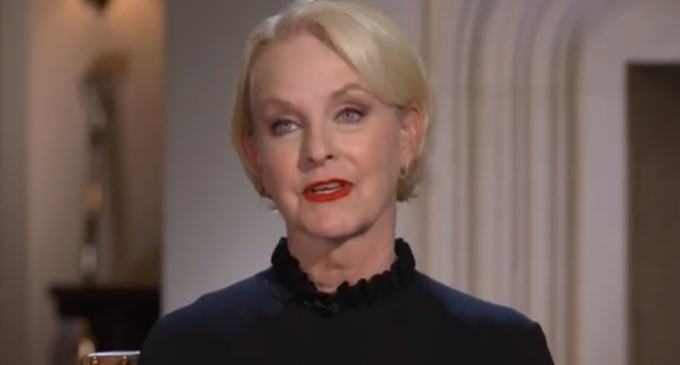 CNN decided to forego the civility that they always claim is missing from the national discussion (especially when those horrible and smelly Trump supporters are involved) and invited Cindy McCain to do a quick spot so that they could recapture the joy of Trump-bashing.  The host cut right to the chase and asked about the “reign of terror” that permeates the Oval Office.

The late senator’s widow was very gracious to nod in agreement and decided to unload on the current administration and the Republican Party members of Congress who she apparently believes are sell-outs.

On the next page, you can watch as she placates the American Left with her disparaging words about the best economy in decades and a period of peace that will go down in American history as unprecedented!