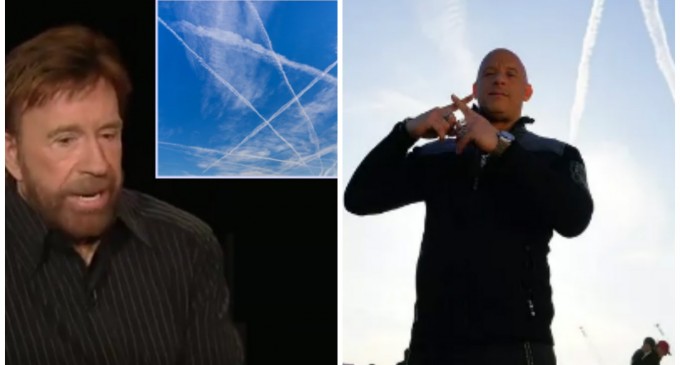 Chuck Norris is finding himself in the center of conspiracy theory scrutiny after commenting on the use of Geoengineering to artificially alter the climate around the world. Geoengineering, according to Norris, is the “artificial modification of the earths climate systems through the use of 2 technologies…SRM…CDR…”

The primary idea behind the Chemtrails Conspiracy is that the technology is used to produce artificial clouds through the engines of high-flying jets and that these clouds contain chemicals that are dangerous to the population.

Believers in this conspiracy theory argue the reason for the chemical release into the atmosphere may be used for population control, weather modification, even biological or chemical warfare.

Some of the first instances of chemtrails dates as far back as WWII! To continue reading about these conspiracy theories and to watch the YouTube video by author of “New World Order” Mark Dice, continue to the next page.