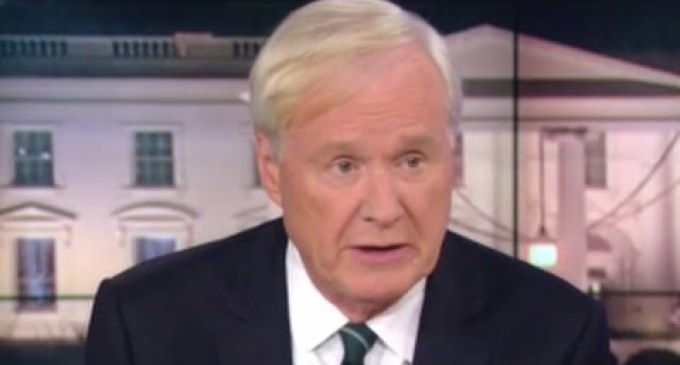 My, how times have changed.

When Obama was elected president back in 2008, no one better exemplified the media droolfest over him than liberal MSNBC host Chirs Matthews. The night of Obama's election, Matthews went down in infamy for his claim that the excitement was making him feel a “tingle” in his leg.

That tingle must have remained lodged in the MSNBC personality's mind, because he has spent the last eight years vocally defending the administration, often coming to it's defense even when other liberals couldn't bring themselves to. But this week, the leg-tingling TV host was singing a very different tune.

When discussing Obama's State of the Union address this past Monday, Matthews said something that was very shocking coming from him. Having traditionally rallied around the president during his various missteps, Matthews abandoned his adulatory attitude and asserted that Obama was trying to “avoid” the subject of Iran during his speech for “better headlines.”

At the time, the Islamic Republic of Iran was holding American sailors hostage, something that should have concerned every American. Apparently, it wasn't too concerning for the president, who avoided discussing it entirely during his last State of the Union. Guess not even Matthews' leg tingle could make him overlook this gross display.