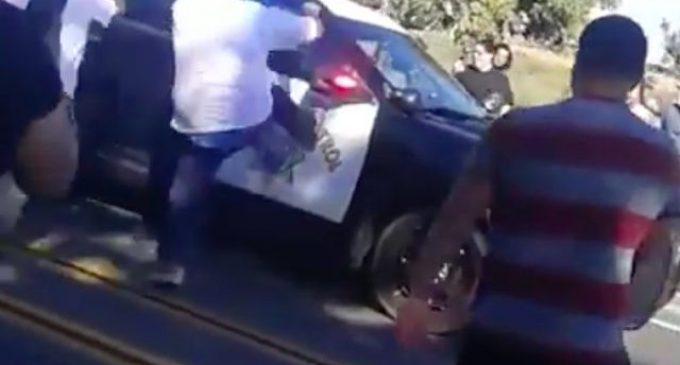 As eyes all over America are continually upon police officers, the resolve of those who wish to do them harm is growing and the mobs they create are becoming more dangerous. This weekend in Fresno, forty people attacked a California Highway Patrol officer as he attempted to pull over a suspected reckless driver. It turns out it was a trap set by a group of African Americans, who acted under a gang mentality.

The videos, which were posted to various Instagram accounts by both those involved and those who stood by and watched it happen, depict the CHP officer pulling the vehicle over, which quickly drives off after luring the officer into the trap, where his vehicle was assaulted by various suspects who were shouting obscene things that have been used by both liberals and racially driven activists such as Black Lives Matter. The officer was not injured by but check out the damage to his car on the next page.