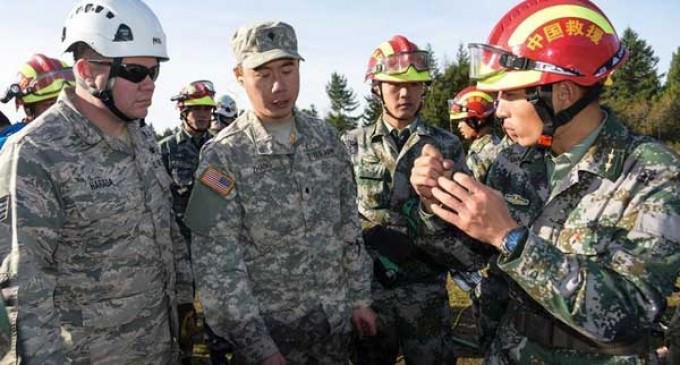 If you value our sovereignty, you will be appalled by the following news.

Just a month after a heated encounter with Chinese naval forces in the Pacific, the Defense Department is opening it's doors to People's Liberation Army personnel to train on American soil.

Yes, you read that right: Chinese soldiers on American soil. Sure, it's “only” 80 soldiers, and it's “only” for disaster relief training, but since when did our government decide that we need the cooperation of a communist dictatorship to aid in crisis recovery efforts?

As noted China expert Timothy Heath says, “It's a big deal,” but not for the reasons he gives. Rather than being a sign of an “improving security relationship” between two superpowers, it is yet another a sign of the government's willingness to compromise our security and sovereignty in order to open our borders to foreign military forces.