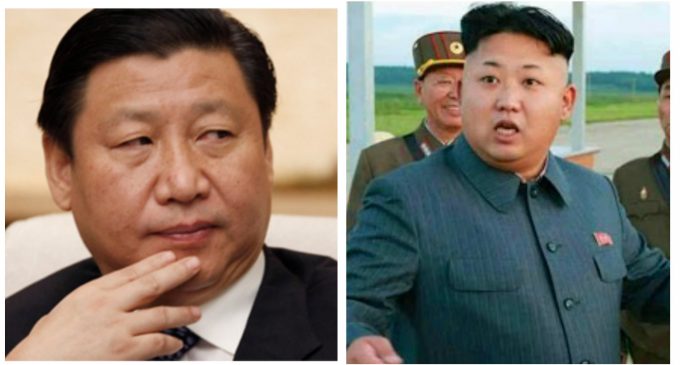 With all of the talk surrounding the situation in Syria and relations with Russia over the last week, an explosive piece of news has almost all but fallen off the mainstream radar. An editorial in the Global Times, which is owned and operated by the Communist Party’s People’s Daily newspaper, released a scathing warning to North Korea regarding their unsanctioned nuclear weapons testing. The editorial warned that if North Korea did absolutely anything to negatively affect China resulting from their nuclear weapons program, then it would be war.

North Korea developing nuclear weapons is no surprise to the international community. It’s a fact. But, anyone who’s had the misfortune of living in America under the weak leadership of former president Obama would never be able to detect this through his foreign policies. In fact, he flat out refused to impose all of the sanctions available to him against North Korea when presented with proof they were building nuclear weapons.

Some people might hate that America used to be a superpower and a global force for good, but it was done to keep order in the world and protect our own children, families, and citizens.

The real question is it already too late to undo the damage and global chaos still erupting from Obama’s time in the White House?

Continue to the next page to read more on the nuclear crises unfolding between China and North Korea and the stance the new administration is taking against this unacceptable terror.