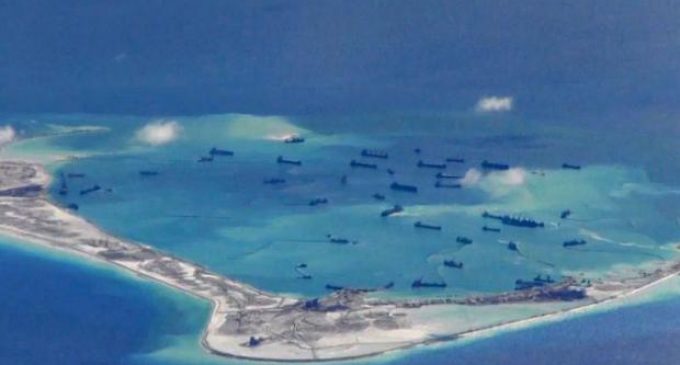 It is clear that Mr. Obama will leave quite a few unresolved and potentially explosive foreign relations problems for Donald Trump. He might even make things worse just to spite Mr. Trump for defeating Hillary.

You don't have to look too far to find these tensions, either.  Syria and Iraq remain in turmoil, directly impacting our relations with Russia which have not been the best during the Obama administration.

While there are other foreign policies issues that burn red-hot, China has the potential to become one of the most difficult problems for Mr. Trump.  Not only are there trade issues, but China's expansive military moves reflected in more than just the creation of artificial islands in disputed waters will land squarely on Mr. Trump's desk beginning on day one of his administration.

Illustrating the sort of issues Trump will confront include tensions that have increased over the artificial islands China created in the South China Sea.  American naval officials have already made what China might see as directed challenges.  And China has been willing to send a message of their own as they recently sent a nuclear bomber over the South China Sea.

That China will present an immediate problem for Donald Trump was further illustrated by an aggressive move by China that will be explored on page two.