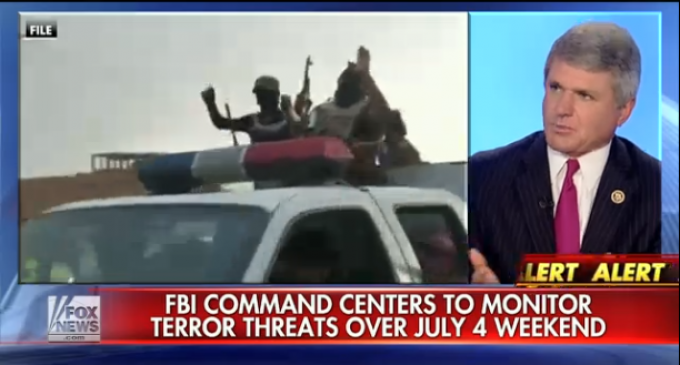 The FBI is setting up rapid response command centers around the country in anticipation of terror attacks this 4th of July. Although they state there is no specific, credible threat, officials have stated that we are sitting in the highest threat environments in quite a long time.

“These kind of warning go out routinely, but there is nothing routine about this particular one to me. I wouldn't be surprised if we are sitting here a week from today talking about an attack over the weekend in the United States. That's how serious this is,” says former CIA director Mike Morell.

SEE MAP ON NEXT PAGE: