The FBI is setting up a total of 56 centers round the country to monitor Fourth of July terror threat. Everyone seems to be expecting that ISIS will soon awaken sleeper cells within Western countries to carry out lone wolf attacks simultaneously or within a short amount of time form each other.

The increased threat level isn't only due to it being America's Independence Day, but also because it's the 1 year anniversary of the Caliphate as well as the beginning of Ramadan. An ISIS spokesman promised ‘paradise’ and ‘rewards in heaven’ for those who carry out attacks during the Muslim holy month. 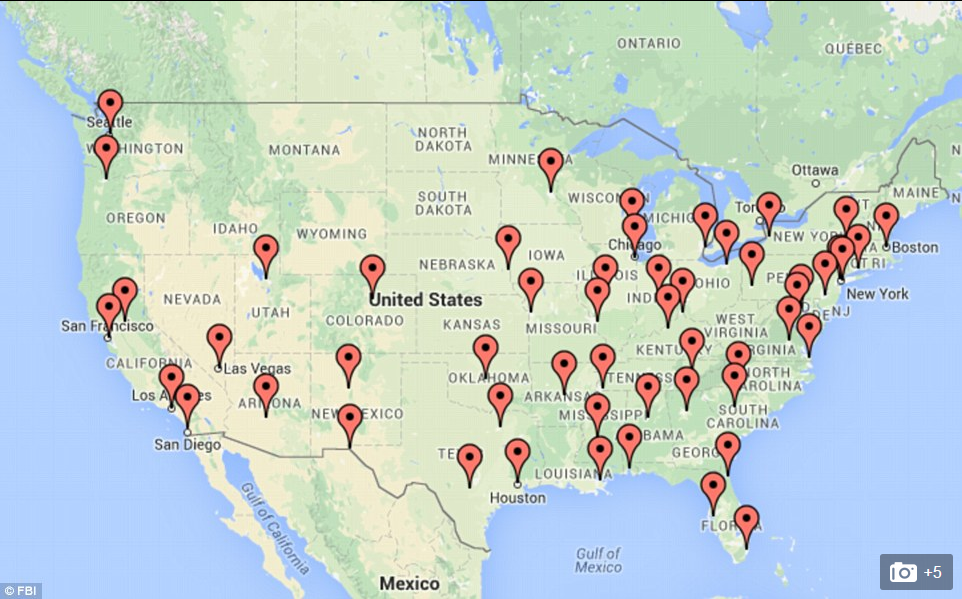 Another law enforcement source told Fox that the FBI has even been working to take known sympathizers for groups like ISIS off the streets of America before the symbolic holiday. Mike McCaul, chairman of the House Committee on Homeland Security, has warned citizens to ‘remain vigilant' this weekend

That could mean arresting these alleged sympathizers on U.S. soil on lesser charges and building a broader case while they are temporarily in custody over the holiday weekend.

The FBI is specifically concerned about targets like shopping malls – where there are large groups of people but relatively little security.

He also said that ISIS was no longer a regionalized threat but a global one.

He added that America’s response had been slow in comparison to extremists’ rapid advancement of their internet presence.

Referring to the terror attacks in France, Tunisia and Kuwait last Friday, he said: ‘In light of the three attacks in three hours on three continents overseas, (it) shows us that ISIS is not just regionalized like the administration says, only in Iraq and Syria, but rather demonstrates a global threat – that they can conduct external operations and they’re very savvy doing that over the internet.'