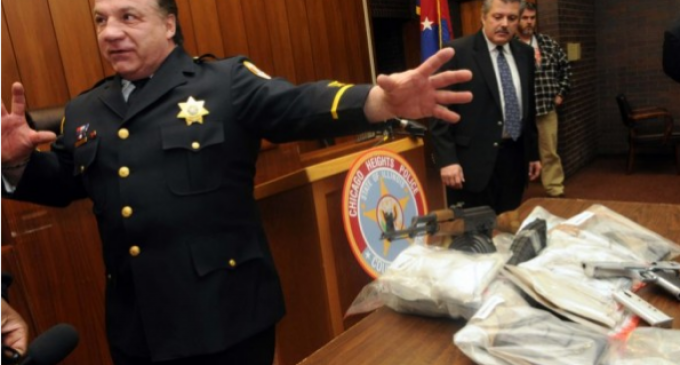 A new set of conversations have intimated that the social justice movement over the last decade has actually granted validation to the Black community to act out against law enforcement officers as a way of expression and dissatisfaction with their current situation.

The debate on Fox News Channel's “The Five” revolved around this subject with Kimberly Guilfoyle weighing in on the conversation with an opinion that the city of Chicago in particular, which has seen increasing shootings and homicides in the Black community as each year goes by, is experiencing these problems because the leadership is ignoring the bad behavior.

Rahm Emanuel, Mayor of Chicago and ex-Cabinet member of former president Obama, has obviously been ill-equipped to deal with the rampant problems in the Windy City, where 769 murders occurred just last year.

This week, two police officers who were answering a call about gang violence, arrived on the scene only to have their windshield shot out by gang members who were waiting for them with AK47s and AR15s.  Both officers were hit and the call to the dispatcher was difficult to listen to as one of the policemen screamed in between ragged breaths, “My partner is hit!  My partner is hit!”

Lawmakers in Chicago who viewed photographs of the officers' squad car were appalled and outraged.  They are now demanding that law enforcement officers in the city must be equipped with similar weaponry in order to be able to combat the type of gang violence which has gripped the city for far too long.  There were statements made on both sides that appeared to be in agreement that Chicago was headed in the wrong direction with their ability to curb the violence.

The Department of Justice, under both Eric Holder and Loretta Lynch, spent the better part of eight years lecturing America that law enforcement, not the criminals, were the problem.  The FBI however begs to differ.