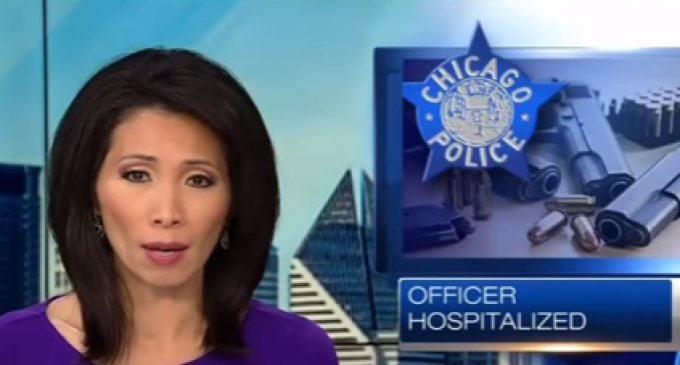 The race wars in America and the constant race-baiting being performed by America's leftist politicians and the various political activists they support have been slowly building to an inevitable conclusion. Well, maybe not a conclusion, but there was a point that it was bound to reach and it seems that it's finally gotten there.

Three Chicago police officers were hospitalized this weekend after responding to a car wreck at Roosevelt and Cicero on the city's West Side. When they arrived on the scene, they encountered a man that police believe was violent and under the influence of drugs. After their encounter with the man, one of the hospitalized officers spoke out about why she didn't use her gun. She was afraid of the scrutiny she would have faced.

It was only a matter of time before protests and race-baiting led to a breaking point. Now police are not only afraid of using their weapons, they're afraid of any action they take against somebody of a different skin color. They've become ineffective at doing their jobs, which has consequences.

Find out what the police officers said on the next page.