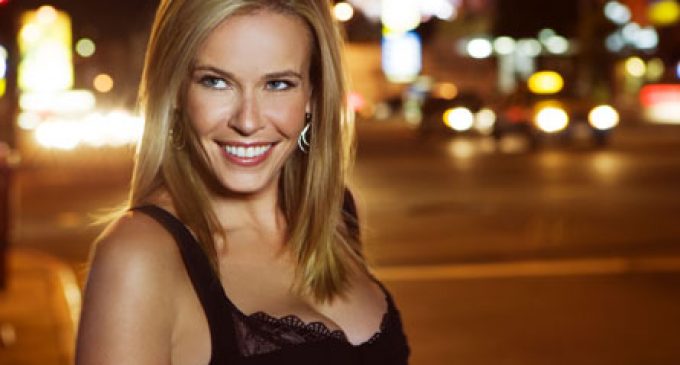 Chelsea Handler wants a brigade of thought police to arrest people who make racist jokes, according to a tweet she posted earlier this week

The liberal TV host has never been shy about her political views — or anything, for that matter — but she sometimes at least tries to sound reasonable. Just last month, she hosted a conversation with Tomi Lahren at Politicon, a convention geared toward political junkies. The conversation was civil and Handler even begged the crowd to “shut up ” several times when they booed Lahren's conservative points. Lahren managed to trip Handler up by asking her to name one of the lies Handler accused him of making “every day,” but it was otherwise a perfectly nice conversation.

But when Handler doesn't have someone sitting next to her to keep her in check, she tends to let out the full extent of her craziness.

Her latest tweet wants people arrested for a joke. See which jokes she wants to make illegal on the next page: