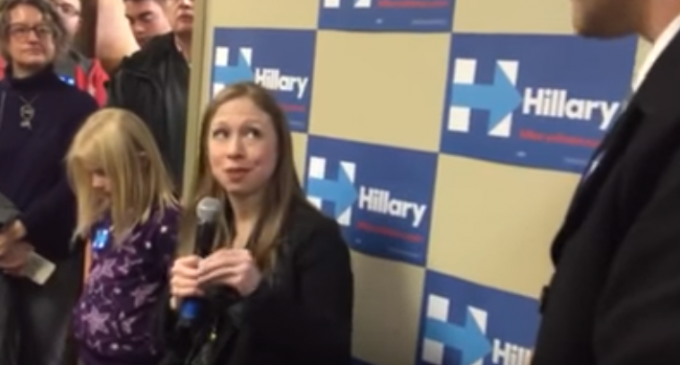 Healthcare for illegals is another disastrous Hillary Clinton pipe dream and daughter Chelsea is advocating her mom's position.  This plan is part of Clinton's ploy to lure more illegals here, promising free healthcare to border hoppers, at the expense of hard-working Americans.

Clinton promises she will stop foreigner deportations for those who sneak into the United States and now she wants to give them Obamacare.  She spoke at a rally, hosted by Univision and the Washington Post, stating “I would not deport children. I do not want to deport family members either”.

So with her open border policy, her message of non-deportation infiltrating the Univision airwaves, and her daughter helping spread her plan to cover the $14 million illegals under the Affordable Care Act, irrespective of citizenship status, the American taxpayer is doomed.