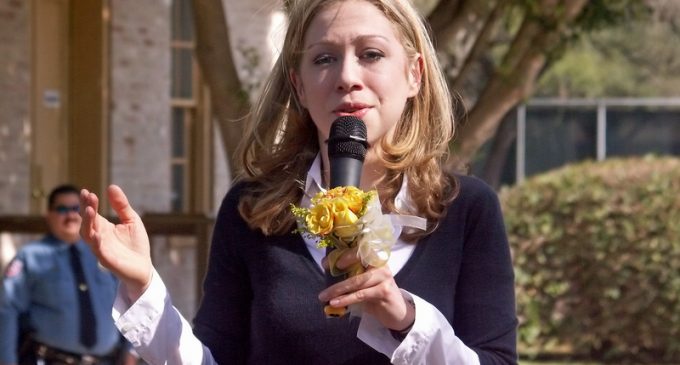 If there was ever any doubt that Hillary Clinton was loyal to the Left, you'd need look no further than the fact that she chose to ignore her sex-addicted, faithless husband and all his affairs, partial affairs and possible rapes.  There's no denying that she was a strong woman when it came to shielding herself from blame for losing the second crack at the presidency.  This woman put the blame squarely on the shoulders of everything from sexism to climate change in order to not take responsibility for her own inadequacies and unpopularity.

When it comes to her family, Hillary has pretty much done everything she humanly could to keep them together, starting with the ignoring (not forgiving, but ignoring) of her husband's idiocy, but also in keeping a lot of what the media focused on during the campaign as far adrift from her daughter's life as possible.

Recently, one of the hosts of Fox News' “The Five,” Lisa Boothe, made a comment that Hillary Clinton “would literally sell her daughter her daughter to be president…”

Chelsea was not having any of that.  Read on the following page about how Hillary's daughter turned pit bull in order to dispute Boothe's comment and its fallout.