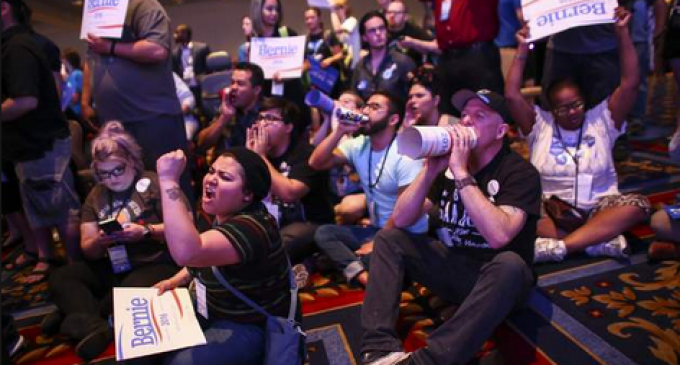 Local police and hotel security were needed to handle the irate Sanders supporters.  Roberta Lange's action to “subjectively call the results of a voice vote, adjourn the meeting using her gavel and leave the room”, escalated the disorderly behavior.
Numerous videos have emerged that show what appears to be Lange keeping the Nay's from being counted, leaving Sanders supporters without a voice or a vote.