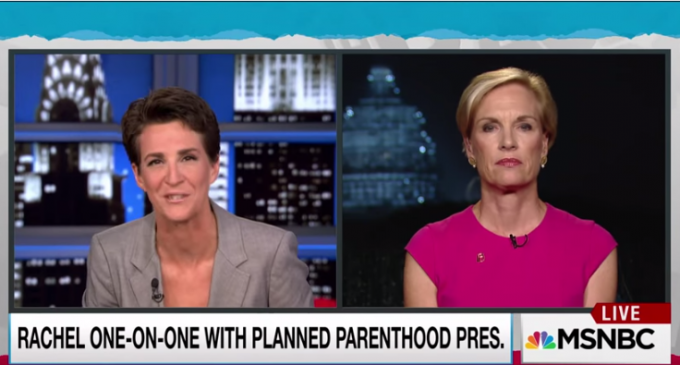 In a move to de-fund Planned Parenthood (PP), the House of Representatives passed a bill, the second one in the last several weeks to stop the monies dedicated to the abortion mill.  Hearings ensued with Jason Chaffetz grilling PP President Cecil Richards.

Although this legislation is passed it will most likely be blocked, as Democrats went on to filibuster every attempt in the past.  Those who stand pro-life are awaiting a new speaker who will fight to negotiate across the aisle, to capture more than just three democratic votes.  Problem is, PP funds many Democratic candidates and programs-from the 1.5 billion given to them by the federal government per year.  Its really is a political slush fund, the government funds PP (monies they do not need, even Richards admitted they are in the black without the government monies) and PP gives that money right back to its supporters in the Senate and House of Representatives.

Fighting to turn Americans heads off the topic of the videos showing PP employees engaging in selling baby body parts as if they were car parts, Richards told Rachel Maddow on MSNBC that the hearings were “sexists”.

More on PP and Richards video next page: