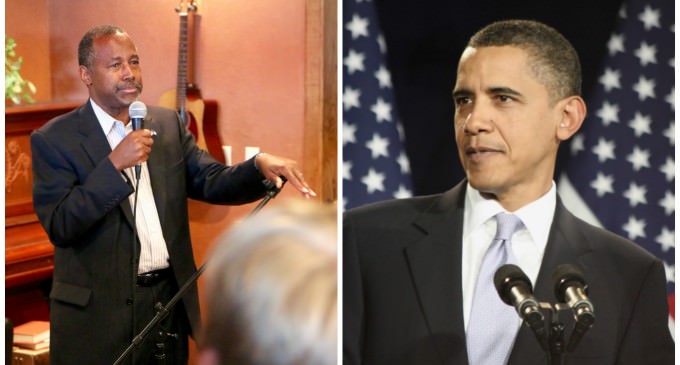 2016 GOP presidential candidate Ben Carson fired back at President Obama for a swipe he took at Republican contenders. Contrasting the tough talk the GOP hopefuls promised to use when dealing with foreign leaders like Russia’s Vladimir Putin, the president chortled that they could not even handle being grilled by debate moderators, in reference to the controversial Republican debate last week in which CNBC hosts aggressively questioned candidates to the point of what many perceived as hostility. In an interview with Breitbart News Daily on SiriusXM, Carson had some choice words for Obama’s dig at him and his fellow candidates.

Turn to the next page to see how Carson responded to Obama’s mockery: