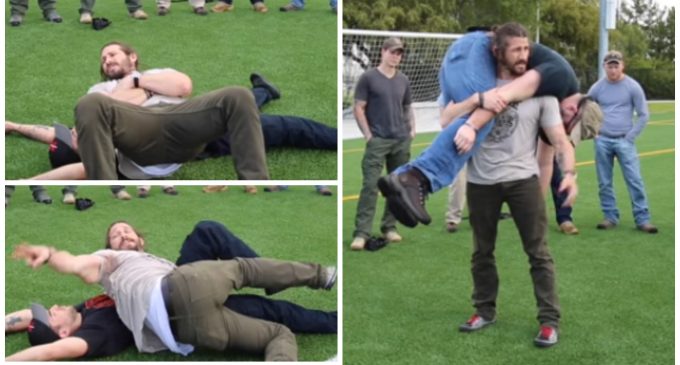 For those of you who grew up on action movies and G.I. Joe cartoons, you've no doubt had those day dreams that play out like the final act in a Steven Spielberg or Ridley Scott film, where there are enemies on all sides and your buddy is wounded and relying on you to get them to safety. Unless you're friendless or a cold hearted bastard, you do everything you can to save them, including picking them up, tossing them over your shoulders and carrying them to safety. To some, that act might seem like something that only happens in films, but in reality, it's actually a really practical skill to learn, and you don't have to be an olympic weight lifter to be able to do it.

While the concept is simple enough, there's a lot of divide among experts on the proper way to do it. The technique is called the “fireman's carry” and the trick to it is finding a way to evenly distribute somebody's weight across your shoulders, allowing you to carry them long distances with minimal strain, which isn't exactly an easy task if they're incapacitated.

On the next page, we'll walk you through the basics, as well as you show you a video by former Army Ranger & USAF Pararescueman Wil Willis on some of the different ways to do it.