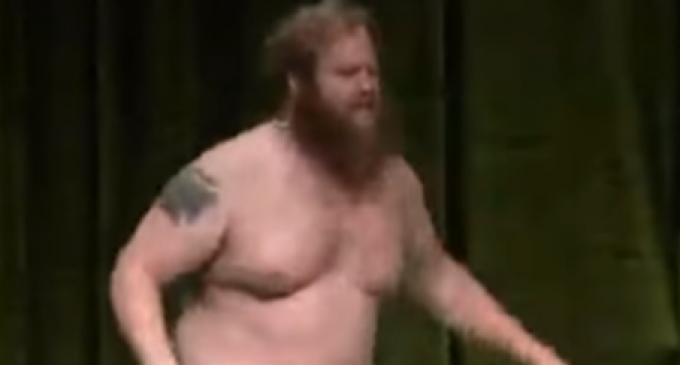 One of the reasons that many people do not pay attention to the political process in the United States is that they simply find politics boring.  Debates and speeches have often offered nothing more than overrehearsed one-liners, predictable pandering tactics, and empty promises by entrenched Washington insiders.

2016 has been different for a number of reasons, but the biggest change this election cycle is that two high-profile candidates — Donald Trump and Bernie Sanders — have done what few candidates in past elections have succeeded in doing.  They have brought in people who have traditionally stayed out of the political process because they have felt left behind.

Though the two candidates have vastly different styles, they have kept their respective races entertaining — even controversial at times.   But at least candidates in the Republican and Democrat primaries have managed to keep their clothes on.  The same cannot be said for the Libertarian Party.  To see what happened when a candidate for party chair stripped down to a thong on stage at the Libertarian National Convention, continue on the next page: